Skip to content
If you don’t already know: Yes, there is water on the moon. NASA suggests there’s...

If you don’t already know: Yes, there is water on the moon. NASA suggests there’s as much as 600 million metric tons of water ice there, which could someday help lunar colonists survive. It could even be turned into an affordable form of rocket fuel (you just have to split water into oxygen and hydrogen, and presto—you have propulsion for spaceflight).

Unfortunately, we’ve never known how much water is actually on the moon, where exactly those reserves are stored, or how to access and harvest it. Nor have scientists ever really understood how water originated there.

We still don’t have answers to these questions, but two new studies published in Nature Astronomy today do suggest that water on the moon is not as hidden away as scientists once thought.

Through the looking glass

The first study reports the detection of water molecules on lunar surfaces exposed to sunlight near the 231 kilometer-long Clavius crater, thanks to observations made by the Stratospheric Observatory for Infrared Astronomy (SOFIA) run by NASA and the German Aerospace Center. It has long been thought that water would have the best chance of remaining stable in regions of the moon, such as large craters, that are permanently covered in shadows. Such regions and any water they contained, researchers thought, would be protected from temperature disturbances induced by the sun’s rays.

As it turns out, there’s water sitting in broad daylight. “This is the first time we can say with certainty that the water molecule is present on the lunar surface,” says Casey Honniball, a researcher at NASA Goddard Space Flight Center and lead author of the SOFIA study.

The SOFIA observations point to water molecules incorporated into the structure of glass beads, which allows the molecules to withstand sunlight exposure. The amount of water contained in these glassy beads is comparable to 12 ounces dispersed over a cubic meter of soil, spread across the surface of the moon. “We expect the abundance of water to increase as we move closer to the poles,” says Honniball. “But what we observed with SOFIA is the opposite”—the beads were found in a latitudinal region that’s closer to the equator, though that’s not likely to be a global phenomenon.

SOFIA is an airborne observatory built out of a modified 747 that flies high through the atmosphere, so its nine-foot telescope can observe objects in space with minimal disturbance by Earth’s water-heavy atmosphere. This is especially useful for observing in infrared wavelengths, and in this case it helped researchers distinguish molecular water from hydroxyl compounds on the moon.

The glassy water features on the moon were previously found in an investigation on lunar mineralogy conducted in 1969 (thanks to observations made by a balloon observatory). But those observations were not reported and published. “Maybe they did not realize the big discovery they had actually made,” says Honniball.

The amount of water contained in the glassy beads is a bit low to be useful to humans, but it’s possible the concentration is much greater in other areas (the SOFIA study only focused on one area of the moon).

More important, the findings tease the possibility of a “lunar water cycle” that might replenish water reserves on the moon, something that seems barely comprehensible for a world long thought to be dry and dead. “It’s a new area we’ve not really looked at in any great detail before,” says Clive Neal, a planetary geologist at the University of Notre Dame, who was not involved in either study.

The second study, however, might be more relevant to NASA’s immediate plans for lunar exploration. The new findings suggest that the moon’s water ice reserves are sustained in what are called “micro cold traps” that are just a centimeter or less in diameter. New 3D models generated using thermal infrared and optical images taken by NASA’s Lunar Reconnaissance Orbiter show that the temperatures in these micro traps are low enough to keep water ice intact. They may be responsible for housing 10 to 20% of the water stored in all the moon’s permanent shadows, for a total area of about 40,000 square kilometers, mostly in regions closer to the poles.

“Instead of just a handful of large cold traps within ‘craters with names,’ there’s a whole galaxy of tiny cold traps spread out over the whole polar region,” says Paul Hayne, a planetary scientist at the University of Colorado, Boulder, the lead author of the study. “Micro cold traps are much more accessible than larger, permanently shadowed regions. Rather than designing missions to venture deep into the shadows, astronauts and rovers could remain in sunlight while extracting water from micro cold traps.” There might be hundreds of millions or even billions of these sites strewn across the lunar surface.

The studies aren’t perfect. There is no clear explanation yet for how these water-bearing glasses formed. Honniball says they likely originated from meteorites that either generated the water upon impact or delivered it as is. Or they could be the result of ancient volcanic activity. Neal points out the SOFIA study isn’t able to provide a complete picture of why the distribution of glass appears as a function of latitude, or how it might change over a full lunar cycle. Direct observations are needed to confirm what both studies suggest, and to answer the questions they raise.

We might not have to wait long for that kind of data. In the run-up to the Artemis missions intended to take astronauts back to the surface of the moon, NASA plans to launch a suite of robotic missions that would also help characterize the water ice content on the moon. The most high-profile of these missions is VIPER, a rover scheduled for launch in 2022 that’s supposed to prospect for subsurface water ice.

In light of the new findings, NASA might elect to change VIPER’s goal a bit to study surface water as well, and take a closer look at any glass features under the sun or examine how well the micro cold traps might work to preserve water ice. Other NASA payloads, as well as missions run by other countries, are likely to study the contents of surface water more closely. Neal suggests that a lunar exosphere monitoring system would be very useful in unraveling the history of water on the moon and figuring out how a possible lunar water cycle results in stable (or unstable) water on the surface.

“The more we look at the moon, the less we seem to understand,” says Neal. “Now we’ve got a few more reasons to go back and study it. We’ve got to get to the surface and get samples and set up monitoring stations to actually get definitive data to study this kind of cycle.” Hulu subscription drops to just $1.99 per month for 12 months with this Black Friday deal 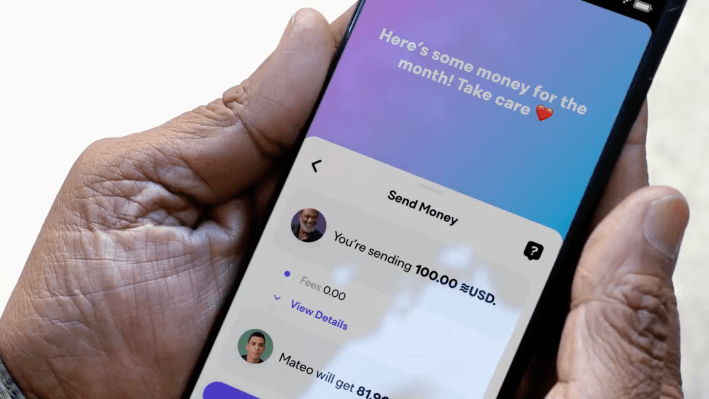 Facebook’s Libra could launch in January

A threat actor is selling access to Office 365 and Microsoft accounts of hundreds of C-level execs at companies around the world, for $100 to $1,500 per account (Catalin Cimpanu/ZDNet)

Hulu subscription drops to just $1.99 per month for 12 months with this Black Friday deal

Facebook’s Libra could launch in January

A threat actor is selling access to Office 365 and Microsoft accounts of hundreds of C-level execs at companies around the world, for $100 to $1,500 per account (Catalin Cimpanu/ZDNet)