Skip to content
The astronomy community is on edge. The growing number of satellites streaming through low Earth...

The astronomy community is on edge. The growing number of satellites streaming through low Earth orbit is making it almost impossible to get a clear view of the sky.

The true threat these mega-constellations pose to the astronomy community is only just beginning to be understood. A report released last week by the American Astronomical Society concluded that they will “fundamentally change astronomical observing” for optical and near-infrared investigations moving forward. “Nighttime images without the passage of a sun-illuminated satellite will no longer be the norm,” the authors write.

The first Starlink satellites were already clearly visible shortly after launch last year, and some observatories found their images of the night sky ruined. On Thursday, SpaceX is set to launch its latest batch of Starlink satellites, with a set of 60 to join the fleet of 653 that have been launched since May 2019. In a several years the entire network is expected to swell to 12,000 satellites, with a possible expansion to 42,000. London-based OneWeb, pushing through a year of bankruptcy and new ownership, just found FCC approval for 1,280 satellites to provide broadband services to US consumers, and the company is proposing a constellation that could eventually expand to 48,000 satellites. Amazon finally received approval for its Project Kuiper proposal to launch 3,236 satellites for its own satellite internet service, and this is likely just the beginning. Astronomy as we know it will never be the same.

“The visibility of the SpaceX Starlink satellites really gave everybody a shock,” says Megan Donahue, an astronomer at Michigan State University and the former president of the AAS. While many people were enamored with seeing a train of bright lights move through the sky on a clear night, astronomers knew those lights would end up as long white streaks on the images collected by their telescopes, blotting out the actual stars and celestial objects they were trying to observe. “Imagining the sky crawling with these is creepy for astronomers,” she says.

A photobombing satellite is nothing new—it’s bound to happen with over 2,600 active satellites zipping around Earth. But according to Jeff Hall, the director of the Lowell Observatory and a coauthor and editor of the AAS report, the vast majority of them are faint, especially those at very high altitudes. If they appear in the image, they’re very small dots. They barely pose a problem.

Because these new constellations are being deployed in lower orbits, they’re much brighter, leaving behind long bright streaks on the image and sometimes distorting other parts of the data. And because there are so many, trying to keep them out of one’s field of view is a losing game of whack-a-mole. In the old days, maybe one of 100 images couldn’t be used because of an interfering satellite. Astronomers are now faced with the possibility that they might lose as much as two-thirds of their data to these satellite trails.

The new LEO satellites don’t affect every astronomy program the same way. Hall’s work, for example, makes observations of optical spectrographs (the wavelengths of light emitted from a source) in order to measure very specific variations in individual stars. These images are only going to be affected if the satellite flies right in front of the telescope.

But for next-generation telescopes that are extremely sensitive or do wide-field observations that survey huge swaths of the sky, Starlink and other constellations will be a crippling problem. Observatories that look for nearby objects, like the University of Hawaii’s Panoramic Survey Telescope and Rapid Response System (Pan-STARRS), are already finding their images wrecked by Starlink satellite movements. If there’s an asteroid on a collision course for Earth, the data might now be too corrupted for us to find it early enough and plan a proper response.

The most prominent example is probably the Vera C. Rubin Observatory in Chile (previously referred to as the Large Synoptic Survey Telescope), a billion-dollar facility designed to help astronomers detect extremely faint optical and near-infrared signals. It will be used to map small objects that are far away and probe for dark matter and dark energy. Simulations suggest that as much as 30% of Vera Rubin’s images will be plagued by at least one Starlink satellite trail when the full constellation is deployed. Hundreds of scientific investigations relying on this data could come to a halt, delaying some discoveries for several generations.

According to Donahue, an ideal goal would be to reduce the brightness of these satellites by a factor of 100. To this end, the AAS report outlines several potential solutions that are supposed to be practical for both astronomers and satellite operators. For example, new software could give astronomers a heads up for when and where satellites are expected to pass overhead. That could help them work around those times or even mask the satellites’ light during exposure, and it could also be used in image processing to subtract satellite trails from the data itself.

For satellite operators looking for solutions, there are also business goals to consider. After all, the fastest and most effective solution would be to stop launching constellations—and that’s simply a nonstarter.

One option is to make the satellites less reflective. SpaceX tested out a prototype “DarkSat” paint on a Starlink satellite in January, but it failed to significantly reduce brightness. The company is now installing a deployable sun shield called VisorSat on all its satellites moving forward, but there’s some debate among scientists as to whether this is really an effective solution.

According to Hall, one of the best approaches is to adjust satellite orientation in space so the reflective surface is facing away from the ground, minimizing the bright shine that’s observed by surface telescopes. “I’ve observed it personally myself with some of the SpaceX satellites where they’ve done attitude adjustments,” he says. “You can still see them going by, but barely—they’re very faint.”

One of the biggest conflicts that satellites operators will face will be around the altitudes of their constellations. OneWeb founder Greg Wyler has argued that his company’s constellation was less likely to result in satellite collisions thanks to its higher orbit of 1,200 kilometers. Whereas something like Starlink seeks to blanket the planet with many more satellites orbiting at a closer distance, satellites in higher orbits have a larger communications footprint, meaning each can cover more of the Earth. That could cut down on the total number of satellites in the sky.

Unfortunately, as the AAS paper highlights, the higher the orbit, the longer the satellite stays in the field of view. It might be a little less bright, but for all intents and purposes, it’s just as disruptive to astronomical observations—for potentially the entire night. The report recommends that companies refrain from putting constellations above an altitude of 600 kilometers.

Astronomers need to rely on this goodwill from the satellite operators. There is no technical or regulatory obstacle to launching a constellation of ultra-bright satellites that might render many or most astronomy programs impossible.

Hall and his colleagues plan to address this regulatory loophole and come up with recommendations during a new round of workshops that will start next spring. And they expect SpaceX and others to be cooperative on that front as well. Satellite operators around the world have an incentive to avoid the sheer chaos that could arise if they all had carte blanche to launch whatever they wanted into space.

“These are policy recommendations that are going to have to go to the United Nations,” says Hall. “This is an international problem. And it will have to be solved within the purview of an international body.” When the UN and its member countries will actually adopt and enforce such rules, however, is a whole other question. 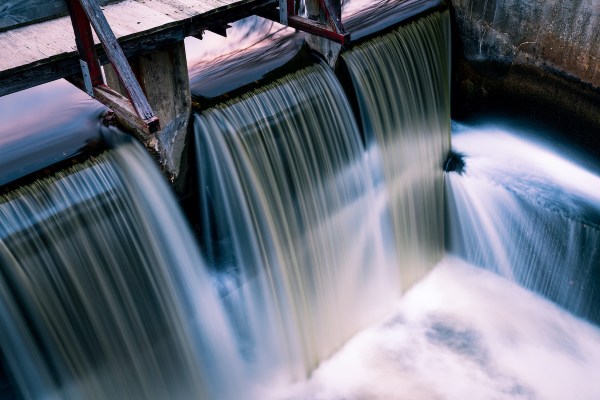