Founders Circle Capital, a nine-year-old, San Francisco-based investment firm that strikes agreements with private, venture-backed companies to buy some of the vested stock options of their founders and employees — so they can buy a house or just breathe a bit more easily — has closed its newest fund with $355 million in capital commitments, bringing the firm’s total assets under management to nearly $1 billion.

Not surprisingly, the outfit, which has more competition than ever — both by other secondary investment firms, aggressive outfits like Tiger Global that routinely acquire secondary stakes in companies, as well as special purpose acquisition companies that are taking companies public a lot faster and alleviating the need of early shareholders to cash out via private sales — is also introducing a new twist to its business.

Specifically, according to both co-founder and CEO Ken Loveless and the outfit’s chief people officer, Mark Dempster, Founders Circle is now offering startups so-called flexible capital, too. We talked with Loveless and Dempster via Zoom late last week about the new fund and generally what they are seeing out there. Excerpts from that chat, edited for length and clarity, follow.

TC: This is your third fund. How does it compare with your earlier funds?

KL: We’ve raised three main funds. This is our third, but we’ve raised something like 17 entities [altogether], including some co-investment vehicles and special purpose vehicles to invest in some of our companies.

TC: And you’re now changing your approach a bit. How so?

MD: [We’re now offering] a mix of primary and secondary [investment dollars] and we can [offer these] any time and in any combination. These [investments] don’t have to happen during a certain [distinct] round of financing; we might get involved in eight to 10 different investments [tied to the company].

TC: Do you have a debt partner so you have more capital at your disposal if you need it?

KL: We have a strategic partnership with Silicon Valley Bank, so they are typically the lender to these individuals as they solve their liquidity. In many cases, we provide an equity backstop to that.

TC: How has your world changed now that people perhaps see a light at the end of the tunnel, with companies becoming publicly traded entities in a variety of ways that we weren’t seeing in recent years? Are employees or founders any more or less reluctant to share their shares in secondary transactions?

KL: There hasn’t been any significant change. We had a portfolio company go public in UiPath that was 16 years old and if you think about how many things change in your life over that kind of time period, it would be quite a long list. We also had [stakes] in DoorDash and Poshmark, and if you look at the time between when they were founded and became publicly traded, it was close to a decade for both. So [while there is some market receptivity for companies] that really are two years old or three years old, the average [time from launch to publicly traded company] is still 10-plus years on average.

TC: A lot of outfits are competing for the same shares that you want to buy, including Tiger Global, which is paying very high prices in many cases. In addition to competing with these companies, I’m wondering if you ever sell your shares to them.

KL: We are typically a long-only investor. We have not sold any secondary shares. We typically hold through a public offering. We’re really trying to focus on those companies that can truly be in enduring, decades-old businesses. We obviously wouldn’t hold that long, but we’re holding into the public markets.

TC: How long do you hold your shares?

KL: We’re not bound [by anything] but what we tell our [investors] is that we typically hold for an average of one year post public offering [then distribute the shares to them].

TC: How, if at all, are you playing this SPAC phenomenon? Are you seeing opportunities to jump into these blank check companies before they merge with brands you’ve maybe been tracking?

KL: We have not directly participated in a SPAC, but we have had some of our portfolio companies merged with some SPACs to become what we hope will be enduring public businesses. So we’ve taken advantage of [those exits] as a financing tool.

TC: You’ve been at this for roughly a decade. How many companies have you backed and how many of these have exited?

MD: We’ve invested in 73 companies and 31 have exited.

TC: I know you tend to invest at a later stage — have there been any shutdowns owing to unforeseen circumstances?

TC: And what about what you’re having to pay? How has that changed over the last year or so?

KL: We just did an analysis of this and if you adjust for growth, we have not seen a substantial raise in valuations that we have paid compared to where prices were pre-pandemic. We’re paying the same dollar for a point of growth as we were before [COVID-19 struck the U.S.].

TC: Why do you think that is?

Inside the US’ epic first-quarter venture capital results 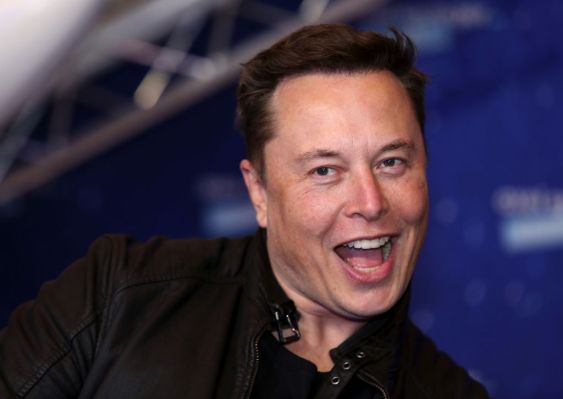 Podcast: Can AI fix your credit?